Friday On My Mind – Sally Ingelton 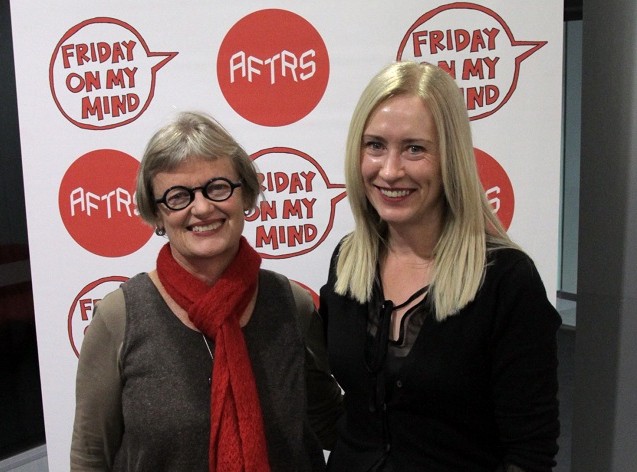 Friday May 18: Sally Ingleton – Documentary Filmmaker – candid and compelling
How can anyone possibly say that the best stories come from the imagination when so often it’s real life!
Sally Ingleton has been writing, directing and producing award-winning documentaries for more than 25 years,
creating illuminating programs, which have been praised and enjoyed worldwide.
Sally has used undercover surveillance to record the intriguing habits of some of our most protected species;
exposed a critical quest to locate and preserve ancient seeds to save our food from the impact of global warming
and provided a shocking account of a perilous journey in the life of Tibetan refugees as they attempted to
escape to Nepal for freedom. Her survey of the work of renowned architectural photographer John Gollings will
remain an invaluable resource and inspiration for many decades to come.
Sally will talk candidly about crafting into compelling viewing, the engaging and occasionally controversial
subjects that pervade her work as well as the secret to partnering with leading broadcasters BBC, ITV, France
TV, Arte France, Discovery, National Geographic, NHK and ABCTV.
The Australian Film Television and Radio School (AFTRS) serves up fresh, free and topical mind food for screen
arts and broadcast practitioners and enthusiasts alike every week at ACMI. Hosted by Sandra Sdraulig, former
CEO of Film Victoria and Director of the Melbourne International Film Festival, Friday on My Mind is FREE and
open to all.
Come along and enjoy the informed and film literate host as she discusses creative practice with a range of
interesting guest practitioners each and every Friday throughout the year. The latest details on guests appear in
AFTRS’ weekly Victorian Red-Alert e-bulletin, which you can sign up to receive it via the AFTRS’ website:
AFTRS WEBSITE: www.aftrs.edu.au/
RED ALERT: www.aftrs.edu.au/redalert