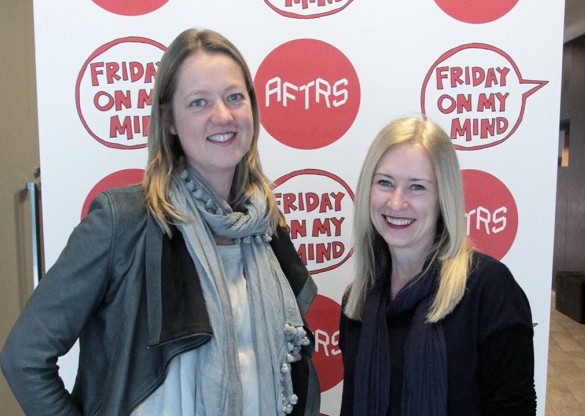 Friday July 27 – Kate Dennis, Director: Fast and Furious
Kate Dennis would have to be one of the most sought after directors right now. Following her success on multiaward
winning series The Secret Life of Us and Love My Way, she has just completed work on three distinctly
different and equally admired Australian television drama series: Rake, Offspring and Phryne Fisher. How’s that
for pedigree!
Reflecting on the fast and furious world of television, Kate will discuss how to keep your creative centre in the
maelstrom, as well as adapt and shift seamlessly from one production and tonality to the next. Find out how she
straddles the competing demands of the network, producers and writers and works with three formidable acting
talents in Richard Roxburgh, Essie Davis and Asher Keddie.
The Australian Film Television and Radio School (AFTRS) serves up fresh, free and topical mind food for screen
arts and broadcast practitioners and enthusiasts alike every week at ACMI. Hosted by Sandra Sdraulig, former
CEO of Film Victoria and Director of the Melbourne International Film Festival, Friday on My Mind is FREE and
open to all.
Come along and enjoy the informed and film literate host as she discusses creative practice with a range of
interesting guest practitioners each and every Friday throughout the year. The latest details on guests appear in
AFTRS’ weekly Victorian Red-Alert e-bulletin, which you can sign up to receive it via the AFTRS’ website:
AFTRS WEBSITE: www.aftrs.edu.au/
RED ALERT: www.aftrs.edu.au/redalert
Sessions are usually Unclassified 15+ but on some occasions will include 18+ material.
Get your Friday fix of ideas and insight from some of the best in the business …