Friday On My Mind – Ewan Burnett 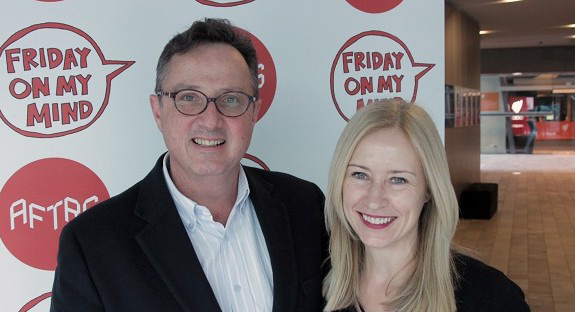 How does Ewan Burnett manage to remain so affable? Maybe it’s because this highly regarded Producer and

EP knows what it takes to succeed and survive in this fickle film and TV industry.

After more than 30 years in the business, he has credits spanning TV drama (Small Time Gangster, Last Man

Standing), Children’s (Dead Gorgeous & the BAFTA Award winning Bootleg) and exemplary animation having
produced Graeme Base’s Animalia.
Ewan started out at Crawford Productions and prior to establishing his own company, Burberry Productions, he
“cut his teeth” at Artist Services and the Australian Children’s TV Foundation. In between all that, he managed to
also produce the very successful stage show, Mum’s the Word. Being an acute observer and passionate,
articulate advocate for the industry, Ewan has occupied many board and committee positions for organisations
including the Screen Producers Association of Australia, Film Victoria and most recently as Adjunct Professor in
Media in the School of Applied Communication at RMIT.
This is a must session for anyone starting out in the industry. It will provide valuable insights into operating an
independent production company; getting projects commissioned and weathering the highs and lows of an ever
fragmenting film and TV market place.
The Australian Film Television and Radio School (AFTRS) serves up fresh, free and topical mind food for screen
arts and broadcast practitioners and enthusiasts alike every week at ACMI. Hosted by Sandra Sdraulig, former
CEO of Film Victoria and Director of the Melbourne International Film Festival, Friday on My Mind is FREE and
open to all.
Come along and enjoy the informed and film literate host as she discusses creative practice with a range of
interesting guest practitioners each and every Friday throughout the year. The latest details on guests appear in
AFTRS’ weekly Victorian Red-Alert e-bulletin, which you can sign up to receive it via the AFTRS’ website:
AFTRS WEBSITE: www.aftrs.edu.au/
RED ALERT: www.aftrs.edu.au/redalert