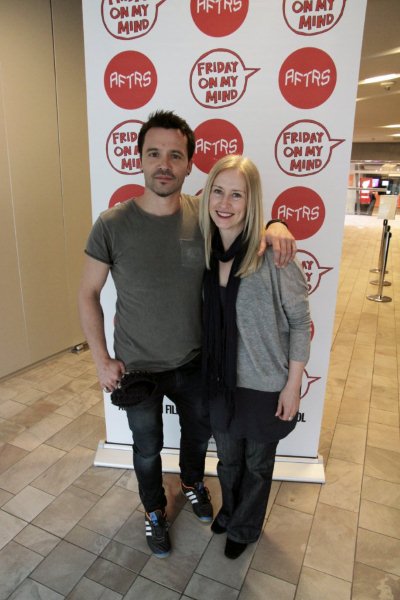 Friday Sept 28: Doing it all – Acting. Writing. Directing: Damian Walshe-Howling
Damian Walshe-Howling is quickly becoming one of the most sought after actors in Australia with an impressive
list of theatre, film and television credits to his name, including Bikie Wars, East West 101, Blue Heelers, The
Secret Life of Us, Stingers, Wilfred and All Saints. Damian is perhaps best known for his critically acclaimed role
as Andrew “Benji” Venjamin in the hugely successful gangland drama series Underbelly for which his killer
performance won him the AFI Award for Best Supporting Actor and a Silver Logie nomination for Most
Outstanding Actor.
More recently, Damian has turned his hand at directing with striking results. His short film Suspended which he
wrote and directed was one of the opening night films at the 2012 St Kilda Film Festival and has also just
screened in official competition at the prestigious Locarno International Film Festival.
Damian will discuss his illustrious acting career and share his knowledge and experience on writing as well as
directing his own material. A session not to be missed by anyone starting out.
The Australian Film Television and Radio School (AFTRS) serves up fresh, free and topical mind food for screen
arts and broadcast practitioners and enthusiasts alike every week at ACMI. Hosted by Sandra Sdraulig, former
CEO of Film Victoria and Director of the Melbourne International Film Festival, Friday on My Mind is FREE and
open to all.
Come along and enjoy the informed and film literate host as she discusses creative practice with a range of
interesting guest practitioners each and every Friday throughout the year. The latest details on guests appear in
AFTRS’ weekly Victorian Red-Alert e-bulletin, which you can sign up to receive it via the AFTRS’ website:
AFTRS WEBSITE: www.aftrs.edu.au/
RED ALERT: www.aftrs.edu.au/redalert
Friday on My Mind / Every Friday @ 5pm for FREE
Australian Centre for the Moving Image
Federation Square, Melbourne, Australia
FREE tickets can be picked up from the ACMI Box Office on the day of the event from 10am.
Places are limited: First in best dressed. Sessions are usually Unclassified 15+ but on some occasions will
include 18+ material. Get your Friday fix of ideas and insight from some of the best in the business …